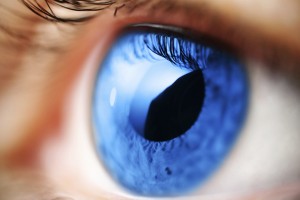 Glaucoma is a term given to that type of eye disease that damages the optic nerve, which causes a loss of vision. It is known to be the world’s leading cause of irreversible blindness. However, it shows no symptoms until vision loss has already begun.

There are several different types of Glaucoma, the most common form being where blockage occurs in the drainage canal of the eye, causing fluid to build up within the eye, and further causing an elevation in the pressure within the eye. The name given to this type of glaucoma is angle glaucoma, and slowly progresses over many years. The elevation of pressure within the eye is known as intraocular pressure, or IOP, where the optic nerve fibers within the eye are damaged. As a result, vision loss begins in the peripheral fields of vision, and then spreads further. Though glaucoma commonly affects both eyes, it is possible that one eye can be more severely damaged and affected. 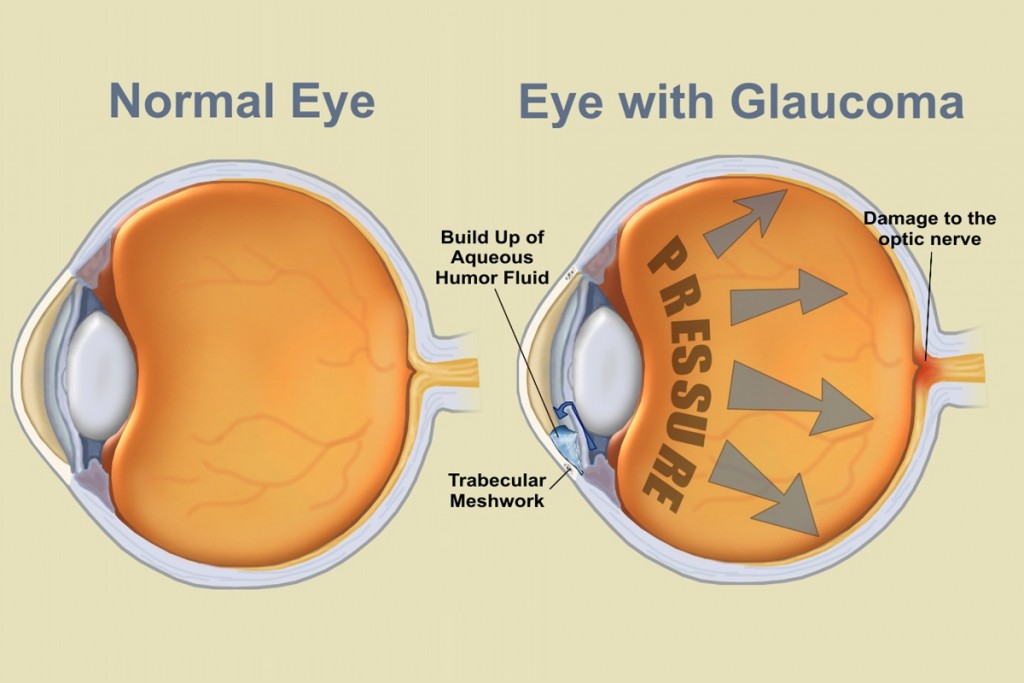 Closed Angle Glaucoma is a name given to another type of glaucoma, where it has a sudden, acute, onset. In this case, the drainage canals that are in the angle in the front of the eyes, are not as wide as they should be, causing the iris to gather over the drainage canals when the pupil enlarges.

Eye injuries, inflammation or a tumour in the area of the eye, can cause secondary glaucoma. Secondary glaucoma can also be caused by advanced stages of cataracts or diabetes, or even with the heavy use of steroids (e.g. steroid inhaler for asthma).

There are two routine eye tests in regular glaucoma checkups. The first is a tonometry test, where the pressure within the eye is measured. The second test includes the use of an Ophthalmoscopy where the optic nerve is closely examined. If either of these two tests show abnormal results, further testing is often performed to confirm a diagnosis of glaucoma. Visual field testing (to map the field of vision) and gonioscopy (a test to examine the anatomy of the drainage area of the eye) are part of these further examinations.

Currently, there is no cure for Glaucoma, but it can be treated with medication, such as eye drops, or with surgery. The idea of the treatment is to drain the excessive fluid from the eye, and to prevent it from producing within the eye, and maintain normal pressure within the eye. In the end, the long-term objective is to retain as much vision as possible and keep the glaucoma under control.

Patients suffering from Glaucoma or, are over the age of 40 and have an immediate relative who suffers or had Glaucoma are entitled to a Free Eye Examination. See the NHS listing for further information.

Pay us a visit

We are closed over the festive period and reopen at 9am on Monday 4th January. In case of any emergencies or any urgent glasses or contact lens orders, please email info@familyeyecare.co.uk – the inbox is monitored daily. Wishing you and your families a very happy Christmas and New Year, from all at Family Eyecare!

We’re closed from Thursday 24 December till Friday 1 January 2021. Our first day back is Saturday 2 January 2021. For anything urgent or if you need contact lenses, email info@familyeyecare.co.uk and we’ll try and get back to you! Happy Christmas to you and your families from everyone at Family Eyecare!

It's good to be back!

We’re back! The first few days have been a blur and it’s been lovely to see so many familiar faces coming through the doors once more. The safety of our staff and patients is paramount and given social distancing guidelines, we are limited to how many people we can see at any given time; please call 0208 423 5818 or email info@familyeyecare.co.uk BEFORE attending the store in person, and we will arrange an appointment to see you. This also applies to things like repairs and adjustments.

We hope to see you soon!

All the best to you and your families,

Helping you through these difficult times!

The safety of our patients and staff is paramount to us at Family Eyecare, which is why we have made the difficult decision to close the practice to routine appointments until further notice. HOWEVER, we are still working remotely, and coming into the practice as required to order (and deliver!) your contact lenses and spectacles, fix broken glasses and see emergency appointments. If you need anything, you can reach us by phone at 0208 423 5818 (leave a message if we’re unable to answer) or by email at info@familyeyecare.co.uk and we’ll do what we can to assist! Best wishes to all of you and your families from Abbas, Shaahid, Nikki, Farhaan, Kas and Sid. Stay safe!

£30 OFF ALL OUR SUNGLASSES
BOOK NOW
X
CONTACT US